The Boston Architectural College (BAC) might be a 130-year-old institution, but it is not stuck in the past. In fact, this top-ranked college caters to a highly diverse and global student body and is known for being a true innovator in the field of design. Its president, Dr. Mahesh Daas, has been at the forefront of bringing cutting-edge technologies into the higher education classroom. 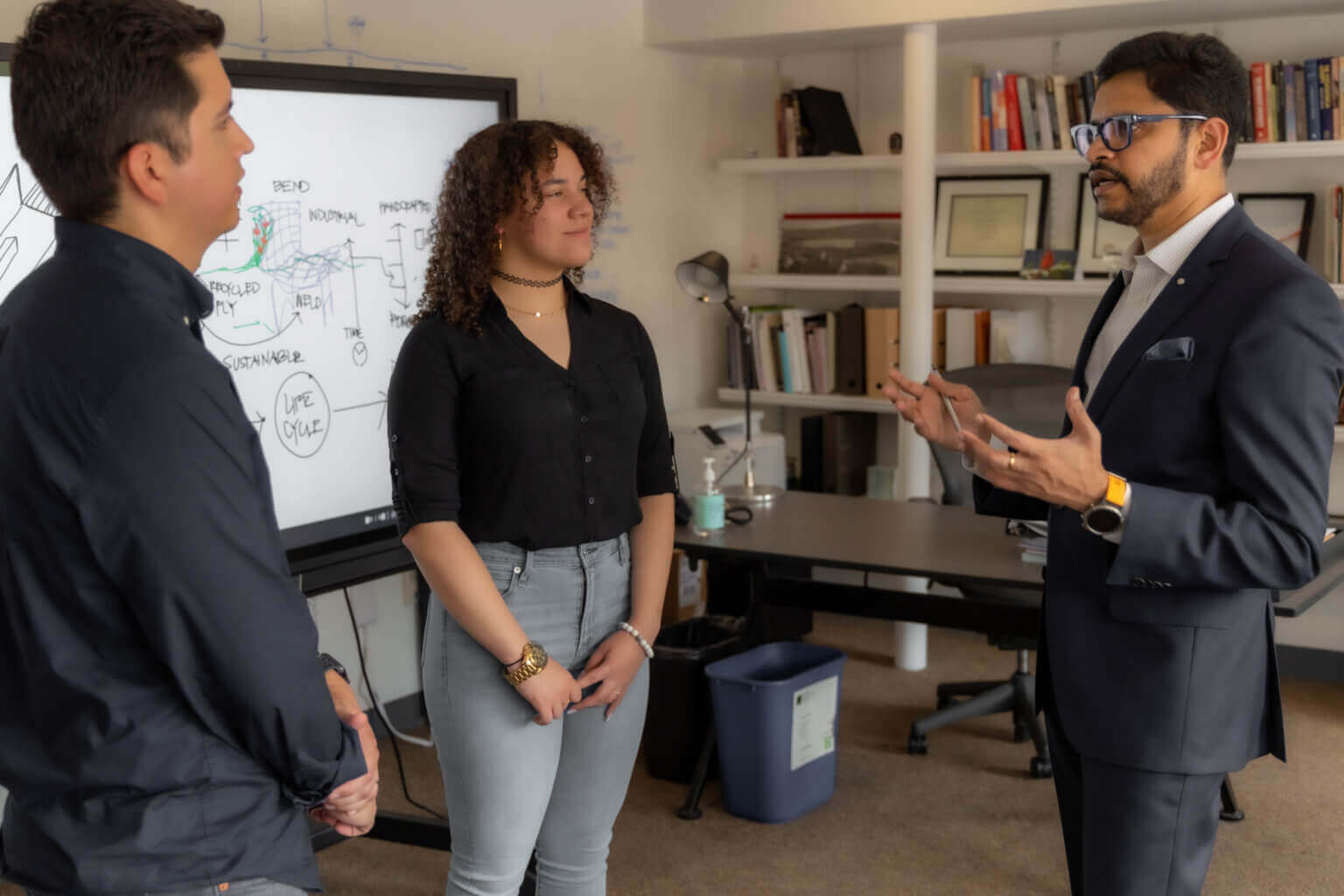 Recognized internationally for his contributions to design computing and robotics in architecture, Daas is always searching for new devices to integrate into his lessons. When he discovered the Promethean ActivPanel, he realized it could become an indispensable tool for encouraging creative thinking among BAC students.

Allowing students, faculty, staff, and others to take risks is essential to their success

Daas seeks to infuse his college with an attitude of open-ended creative exploration, seeing it as fundamental to fostering excellent educational outcomes. His “sandbox” approach to teaching, learning, and operating involves actively engaging stakeholders and removing the fear of making mistakes. “Daas explained that the infinite whiteboard on the ActivPanel allows him and other stakeholders to draw, erase, and experiment…”

I’m a firm believer that sand is better than turf, because people can fall down in the sand. I tell folks, ‘Here is a pen, feel free to scribble what you think.’ So, they can feel free not to worry about anything being precious. That’s the environment in which I saw Promethean technology come in.

The ActivPanel’s infinite whiteboard allows both Daas and stakeholders to draw, erase, and experiment without limits. Daas has long been a fan of whiteboards, having three of his office walls covered with large-scale boards. “Imagine the entire wall is filled with various diagrams, sketches, and frameworks—all hand-drawn,” he noted. But with the ActivPanel, Daas could be even more liberated with his scribbling, since the panel allows him to draw endlessly and then capture the results of his scrawling for later use. 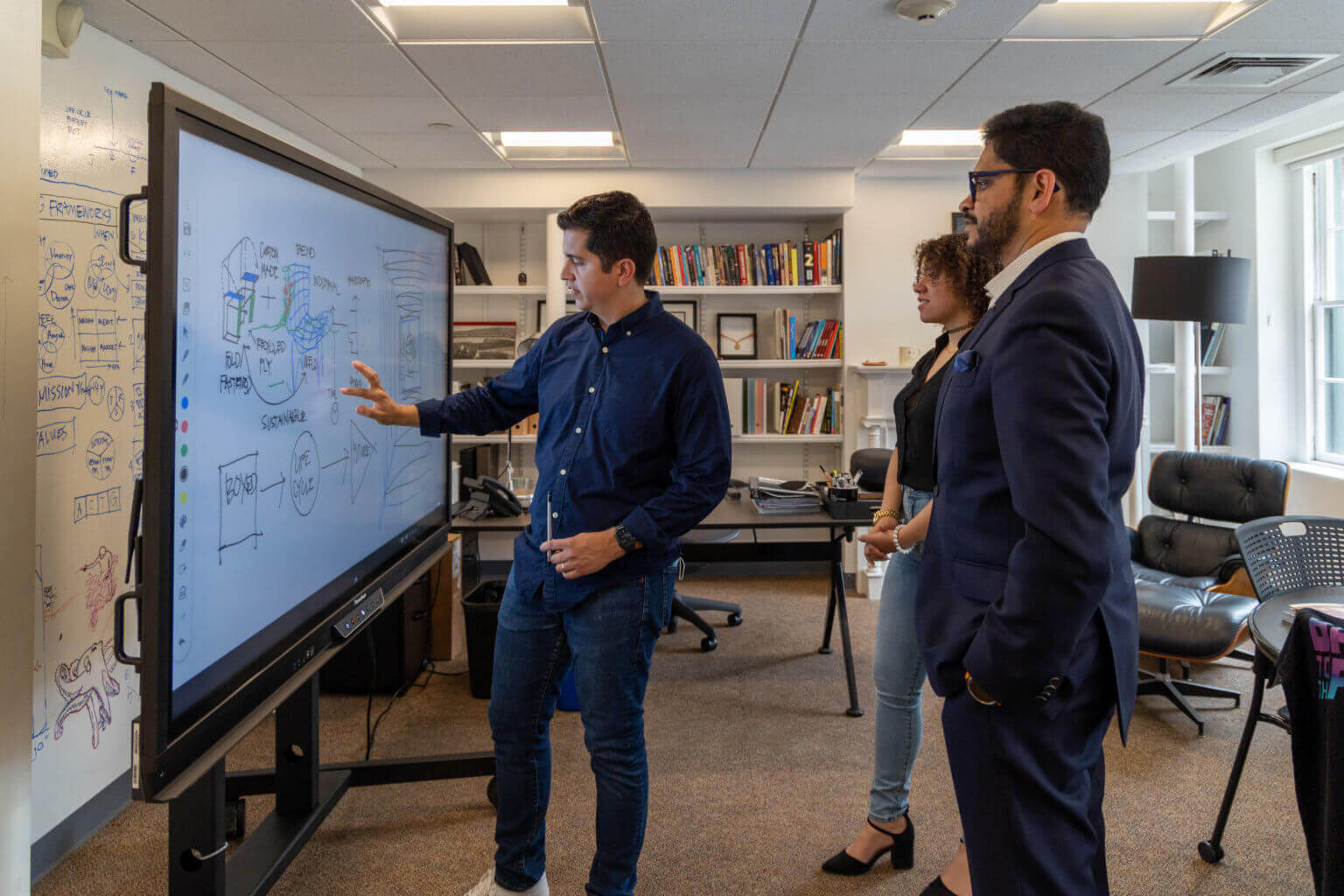 BAC looks toward a post-pandemic world of hybrid learning

When the pandemic hit, Daas discovered that his ActivPanel could facilitate improved remote learning and collaborative work with his executive team. Embracing both a room-view and a close-up view approach, Daas will sometimes put a camera on himself standing in front of the ActivPanel as he scribbles away, in addition to sharing the panel screen so other participants view a high-resolution picture of what he is doing on the board.

In a post-pandemic world, Daas sees the ActivPanel as key to a new hybrid learning landscape. He observed that,

We already know that in higher education and the tech world, there is a lot of evidence of integration of these devices. But the opportunity is really in the hybrid: How it can be a portal to both the in-person and the virtual worlds. That’s where the difference will be made.

while the BAC community will be returning to campus in the fall of 2021, the college has provided a larger percentage of its regular coursework through the BAC Cloud Canopy™. “Irrespective of the world conditions, we see a growing demand and opportunity for cloud-based coursework in conjunction with in-person coursework,” noted Daas. “We aim to make the best use of the affordances the virtual and the in-person experiences would offer.”

With this new technological future in mind, the college is launching the BAC Mixed-reality Master Plan™. “It’s a very novel concept in master planning,” explained Daas. “Usually, you do a facilities master plan and an IT master plan. But we are bringing them together with a vision of having a seamless transition between the physical and the virtual experiences—through technology. That means having devices that allow us to do virtual reality, augmented reality, and mixed reality. We want to have students coming in from different time zones, being able to participate some in-person and some remote.”

Pushing the envelope in education technology is critical to the BAC’s mission of providing excellence in design education, emerging from practice and accessible to diverse communities. And, for President Daas, it’s not about following trends—the BAC is all about being on the leading edge. “We are the poster story of where higher education needs to go.”