The Promethean ActivPanel, chosen by teachers

A bit of background

Rosecroft Primary is a brand-new purpose-built school in Attleborough, Norfolk. The old school building formerly known as Attleborough Infant School, was no longer fit for purpose and not sustainable for the ever-growing population in the catchment area. The new school is designed to be future proof, welcoming growing numbers of pupils and offering the very best learning environment. Up to 720 pupils can be accommodated at the new school site, from Nursery up to the age of 11.

As part of a government-funded project for new schools in the area, Norfolk County Council established the Audio-Visual Equipment and Installation Services Framework to reach out to suppliers to bid for the Norfolk contract. The framework covered a wide range of requirements including cost, design, training and aftercare. In the design of the new school, it was important that AV equipment was a feature of every classroom to aid the children’s learning and development.

“Audio-visual equipment is an important part of the design of any new school and the framework was set up for assurance that we could work with the best suppliers to make sure we get the latest technology into the school and the most out of our investment.” 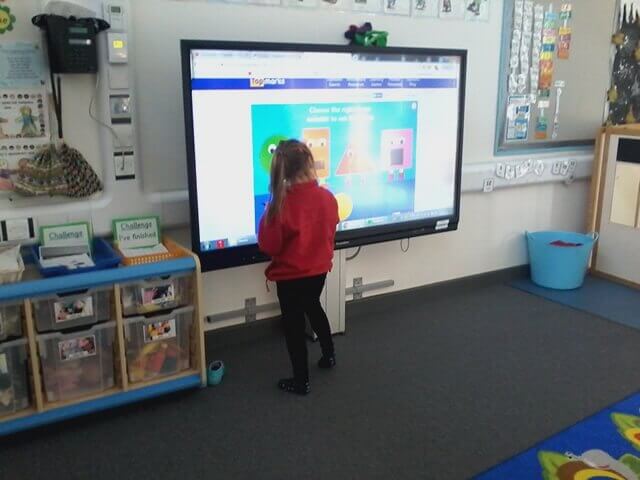 Why the ActivPanel Interactive Display?

When deciding what audio-visual equipment would be installed in the new school there was a consultation between Norfolk County Council and the teachers at the former Attleborough Infant School. The teachers were invited to suggest what technology they preferred using and what they would like to see implemented in the new school. It was voiced by teachers that they liked using Promethean technology at the school, as well as software available such as ActivInspire. They were confident in the brand and were comfortable using the technology, believing it would streamline the transition into the new school.

“The teachers were always going to be instrumental in deciding what technology we invested in for the new school – after all, they are the ones that will be using the technology day-to-day and know what functionalities they need it to have. The decision to choose the Promethean ActivPanel interactive display was overwhelming.”

As a result of the consultation, the Promethean 65” ActivPanel was installed in all 21 of the classrooms at Rosecroft. In the reception classes the ActivPanels are fitted to high-risers so the height can easily be adjusted as required, in the remaining classes the decision was made to fix them to the classroom walls.

Following the Christmas break the school was completed and handed over. Although many of the staff were already familiar with Promethean technology, Promethean went in to the school and delivered a training session with teachers so that they could really get the most out of their new ActivPanels. The training session was arranged promptly and took place just two days after the new school opened.